Met up with John this morning and, after a quiet start, we had a very good morning. Still plenty of Canada Geese (c.87) on the main lake with the hybrid and a single Greylag. Tern numbers have increased, a regular occurrence at this time of year according to DK, with c.29 over the main lake and c.33 Black Headed Gulls mixed in to make counting more challenging! Also 3 Grey Herons and just a single Reed Warbler burbling quietly in the main path reed bed.

On west Fingers 40+ Mallards, a couple of Moorhens, the Mute Swan family, a cormorant and the 2 Great Crested Grebe youngsters with one of the adults. On east fingers a party of six Cormorants fishing together.

We decided to head along the cycle path and check out the various pits. On 100 Acre a single Redshank was spotted with the aid of John's scope. The Grey Heron flew in from the river. Further along, at Meadow Lane GP, again the scope came to our aid picking out Ringed Plover, Redshank and Grey Wagtail to go with the 3 Little Egret (Same ones as seen by Errol?), single BH Gull and couple of Mute Swans. An Oystercatcher flew from the far side of the pit dropping out of sight below the scrub on the far side. In the field on the opposite side of the cycle track the hoped for Ringed Plovers were not to be found. Frankly you could hide an elephant in there now, the rate of growth of the crops in there the last couple of weeks has been amazing.

We decided to continue on and check out the Tern Pool on the other side of the bypass. It's looking very overgrown this year but is home to about 10 Tufted Ducks three of which have young, one having an incredible 12 small ducklings all diving for food, a great sight. Also on the pool were Mute Swan, Coot, Mallard and Great Crested Grebe (1 adult with well grown chick). The Pool was also magnet for hirundines with hundreds swooping low over the water. These were a mix of Sand and House Martins and were joined by a large number of Swifts. Continuing around the pool to the crop field on the far side a number of Skylarks were singing on high and the hoped for Yellow Wagtails showed up with at least 3 dropping into the same field one of which had a tall stick to use as a singing post. A couple of Kestrels were calling and were seen over towards Octagon lakes.

A fairly quiet walk back although we found 3 Redshank on 100 Acre with the single Grey Heron. Much noisier in the park but that was just the sound carrying from the river festival. Also a couple of dodgy looking characters with a net in the coppiced plantation by Fingers!
Posted by David at 7/12/2008 05:40:00 pm No comments:

Mid-morning. Main lake - 2 imm + 1 ad Heron, ca.19 Terns, 40 B/H Gulls of which 11 were juvs and c.6 were 2CYs. 2 Blackcaps singing at the bottom of the steps.
MANDARIN hiding in the typha off the dead seat. Also quite a few Ecclipse Mallard and large young. 2 Garden Warblers singing in the Rough. Blue Tits & Bullfinches feeding off the sow thistles in the latest coppice area. Treecreeper calling by Sedgewick seat.
WOODCOCK spooked from tree by the owl box; flew round and came back in to dense willow on island opposite. Sedge by the lifebelt but disappeared downstream. Female Blackcap feeding 1 young on edge of Kingsmead. Fingers at Kramer - 1 imm & 2 ad Herons. Kingfisher heard.
Also adult ecclipse GADWALL and 2 well grown young together (speculum seen) - the only ducks there. All the BHGs were down by the beach on the way back.
Posted by Unknown at 7/11/2008 04:38:00 pm No comments: 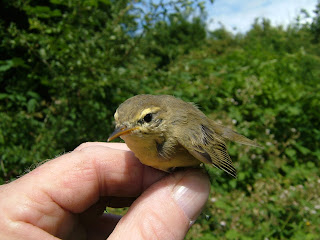 Glad you liked the new weir at the Leat Pool Dave. It looks more aesthetically pleasing than the old one.

Since my last post about the weir we made some final touches & managed to take out some (if not all) of the old weir. Hopefully silt will build up behind it and the wood will expand to close up some of the gaps between the oak boards. Several Kingfishers seen in the area as well as being very vocal.

Finishing touches to the fishing swims on the spit also carried out last Thursday (03/07/08). The team also replaced approximately 70 metres of post and wire fencing at the back of the conservation area (opposite the long hedge).

Just before I left (earlier than the team at about 2.45pm) on Thursday 3 common buzzards were seen circling low between the woodland walk and the overflow carpark. Probably 3 of the 4 you sometimes see at Meadow Lane Dave?

I left early because I had to get to London for the Network Rail Environment Awards ceremony/dinner at the Natural History Museum. The BTCV Bedford Weekday Conservation Team were shortlisted for the Biodiversity Protection category. We saw somebody odd while we were there ... somebody called Bill. Bill Oddie that is! He gave a wonderfully amusing speach after which we won the award! For photographs please visit http://www.btcvbedfordshire.blogspot.com
Posted by BTCV Ed at 7/06/2008 10:06:00 pm No comments:

Blustery with showers this morning. At the sailing club there were 87 Canada Geese, 1 Greylag Goose and a couple of Cormorants. Over the main lake there were 19 Common Terns and at least 3 Grey Herons around the lake. On the south side of the lake a Chiffchaff was singing and the first singing Blackcap of the morning was by the Leat Pool. Good work on the pool Ed! An Oystercatcher was heard over Fenlake and then flying overhead and across the main lake, while trying to get a look at that another Heron was seen over Fenlake. Back at the main lake a couple of Lapwing passed overhead heading northeast. In the winter wildfowl zone a Blackcap was singing.
At the main lake hide a Terrapin swam past sticking it's head up to breath, a strange sight in a UK lake! The Moorhen nest by the hide was unoccupied and no sign of the adults nearby. Both Blackcap and Chiffchaff were singing behind the hide. On the small meadow on the southeast side of the lake a Carrion Crow was enjoying an egg for breakfast. 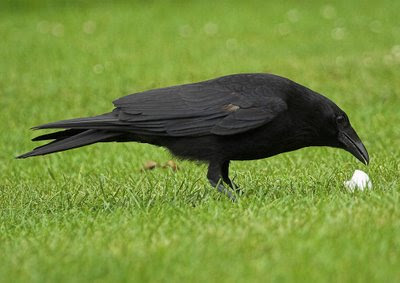 At the south east corner of the lake a Kingfisher flew across to Wolkholm and a second called from the lake side. From the Beach only four Mute Swans could be seen and the pair with the four cygnets were not among them, wonder where they are. Only four Great Crested Grebes this week.

The rain started again so I headed for Kramer hide. Another Kingfisher was heard around east Fingers. Green Woodpecker was heard over Kingsmead and Song Thrushes were singing at the end of the Canoe Slalom and on the south side of Fingers. At the hide just a couple of Grey Herons and 3 Mallards. A LBB Gull passed overhead. At least 2 Kingfishers present with one calling while a second flew past. On leaving the hide and heading along the Navigation Channel a couple of Blackcaps were competing, one near the hide and the other on the plantation along the NC.

Over on Kingsmead a young Carrion Crow was being fed by one of its parents. At the end of the NC a Sedge Warbler was singing. Crossed to the Long hedge and the Woodland Walk, a Green Woodpecker called and from the Woodland walk a Common Whitethroat was heard out on the New Meadow. Along the WW a Blackcap was singing. Out on the new Meadow by the gap through the Long Hedge, Bullfinch were heard and a Common Whitethroat was singing from the other side of the gap.

On West Fingers there were 30 Mallards and the eclipse male Mandarin. The pair of Mute Swans were along one of the fingers but the cygnets were in cover so couldn't see how many. From the last fishing swim on the Spit a Cormorant and 4 Moorhen were seen and Reed Warblers were burbling in the fingers reed beds opposite. Back at the first fishing swim a Moorhen was feeding 2 chicks on the nest. On east Fingers there were 11 Mallards but no sign of the resident Great Crested Grebe family! Back at the car park another Blackcap was singing.
Posted by David at 7/06/2008 04:42:00 pm No comments: