A couple of images from today 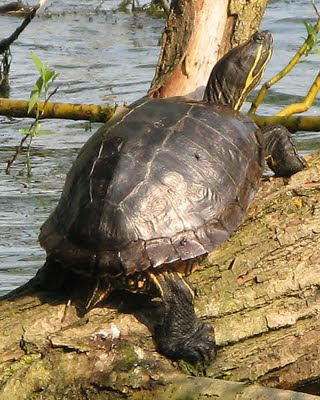 One of the escapee terrapins sun bathing 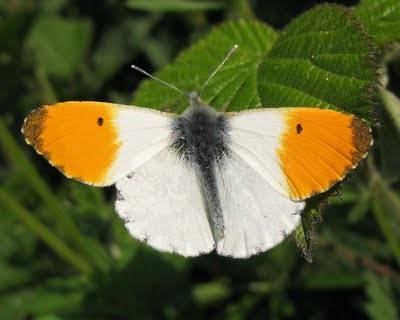 Wow this weather is like Summer and just keeps on going! Saturday realised my first Cuckoo of the year and a Lesser Whitethroat singing briefly along the Spit was my first in the park this year.

The Cettis Warbler is seemingly getting a bit restless and was in the Rough on Saturday morning, doing a circuit before moving back to the Spit. Another first this year was a single House Martin over Riverside. All the usual suspects were about with plenty more Whitethroats in this week, a few extra Reed Warblers in the Crescent also. A couple of Garden Warblers, in the Rough, were new in this week.

No sign of the reported Nightingale on Fenlake and didn't manage to track down the reported Grasshopper Warbler either.

A Red Admiral butterfly was out in the sun by the Sedgewick Seat.

On Monday the Cettis had made it to the Sheep Pen before making another circuit of the Rough and back to the Spit. Having moved nest site the Great Crested Grebes on West Fingers were reinforcing the structure this morning and there appeared to be a single egg when the adults changed shifts.

Up at the old railway bridge I spotted a Treecreeper, with a beak full of insects, at the end of the bridge closest to the STW entrance. A Garden Warbler was singing at the other end of the bridge in the dead tree between the bridge and footbridge over the Cut.

As there were plenty of singing Sedge Warblers I decided to take a walk along the river on 100 Acre and had the following:

Also noted a pair of Moorhens with young, Mallard with 5 ducklings, singing Skylark and a pair of Mute Swans (darvic 758 and unringed). Redshanks and Lapwings were also present with several bursts of Redshank song.

When I reached the ditch I followed it across to the cycle track bridge over the bypass. On the Gravel workings Shelduck, Redshank and Lapwing were all noted along with a possible nesting pair of Little Grebes (need the scope to verify).

At Meadow Lane GP there were 3 pairs of Coot (one on nest and one with young), 2 Pairs of Tufted Ducks, a pair and spare of Mallards and a Little Grebe. Around the lake there were 4 Whitethroats, 1 Blackcap and a single Red-legged Partridge.

Back at the car park a Lesser Whitethroat was heard on the north side over towards the Cut.

At least one Cuckoo was presnt in the park today with multiple sightings around the Rough, up by the STW and over Fenlake.

Hope this weather keeps up for the Dawn Chorus walk next Sunday. Join me at 04:30 and wear plenty of layers as it is bound to be cool to start with. The barrier to the car park should be opened a little after four so be patient if you arrive early or alternatively use the parking spaces by the recycling centre on your left as you drive over the Cut on the way in. Meet up at the Visitor Centre as usual. The plan is to walk down to the Rough and enjoy the dawn chorus then have a walk around the park identifying some of the birds we have just been listening to.
Posted by David at 4/25/2011 04:48:00 pm 2 comments: