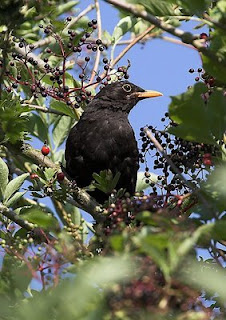 On Sat 9th, we retrapped a Blackbird that was first ringed in September 2001. This happens to be the third "oldest" for the Group and at Priory. For the record, here are the "top ten" survivors of the last 20 years. They are all Priory birds!