It's been a strange winter so far, generally mild and dry until the recent cold snap. Bird species that we expect to see in numbers have not materialised although with the colder weather a few more Pochard have arrived. We still have a good selection of wildfowl in the park just in smaller numbers than we might expect.

We also expect to have good numbers of Corn Buntings and Reed Buntings roosting in the Crescent Reed bed but just a handful have made the reed bed their home this winter.

Things are starting to liven up around the park with Rooks inspecting the south side rookery, a pair of Herons already nest building and the main lake Mute Swans staking their claim for territory.

Lots of birds are starting to sing now with new voices joining the dawn chorus every week. Best of all dawn isn't at stupid o'clock so everyone can get out and enjoy the concert! You might even spot displaying Sparrowhawks and Kestrels over the meadows.

Over on 100 Acre the cattle have departed but the number of Lapwings and Golden Plover is far short of the those we had last winter.

The Sunday vols have been busy around the park with a return visit to Riverside Pond, a session in the Rough, plantation thinning on Riverside and coppicing in the Sheep Pen. Meanwhile the weekday crew have been all over the place with a number of sessions in Clapham Park Wood, several sessions on Fenlake meadows and several days clearing one of the spits on the Finger lakes.

There was also a recent hedge laying training weekend up at Browns Wood. (Thanks to Tom Williams for the following photo's): 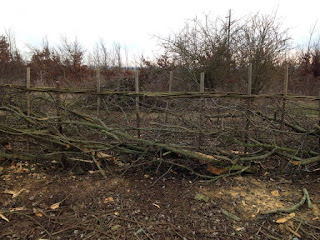 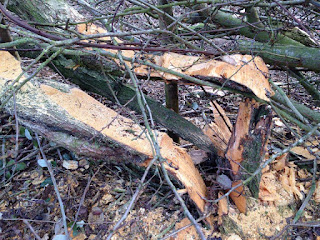 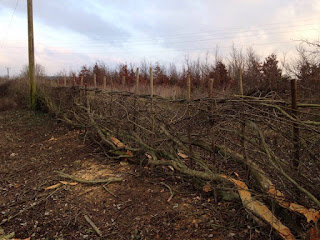 If you are interested in joining a week day volunteer session these are held on Mondays and Thursdays. Please contact to Priory Rangers to let them know you want to come along and discuss the tasks.
Posted by David at 2/07/2017 03:52:00 pm No comments: