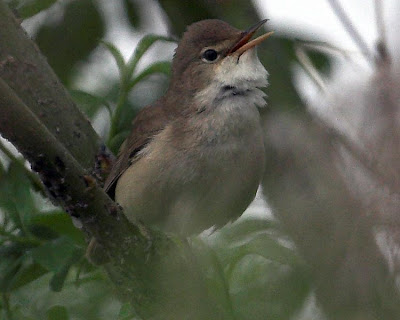 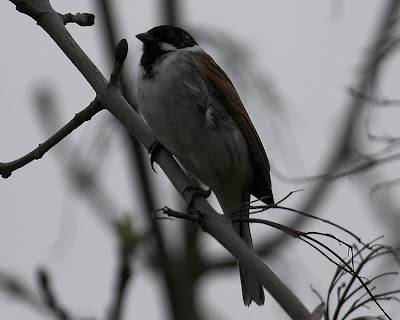 A dull, rather cold day with a stiff easterly - not what we've been used to lately. Fifteen or more Common Terns over the main lake and a Redshank west over. A this year's juvenile Cormorant sitting alone on a bouy near the sailing club. Perhaps twenty (or more?) House Martins along the east side and the crescent, hawking over the emerging reeds. Between fifty and eighty Sand Martins over the tree tops in 'fingers' at the same time. A pair of Swallows around the beach area. A few pairs of Blackcaps seen together and many more singing males, two Reed Warblers along the main path showed well, three Garden Warblers encountered but both the whitethroats were keeping low. Chiffs and 'Willies' trying to sing against the force of the wind. The 'fingers' GC Grebe now on a new nest, having been deposed by neighbouring Coots. Several Herons looking 'fed up'. Workmen were busy erecting the new fence around the 'long hedge' plantation.
Posted by Unknown at 4/27/2007 07:24:00 pm No comments:

Bream were spawning in large numbers on Saturday morning and to a lesser degree on Sunday morning. This has led to a number of dead fish in the margins but this is nothing to worry about.

Common Tern numbers are increasing with double figures around the park this weekend. On Saturday a couple Lapwing passed over the main lake and on Sunday a couple Shelduck did the same. A Treecreeper also showed itself in the Willows by the Sedgewick seat in Fingers. Reed Bunting were also much more in evidence this weekend.

Over the last two weeks the leaves have really come out on the trees making it much more difficult to see the birds, so you really need to work on those calls!

The guided walk on Sunday was very enjoyable with a good number of the arriving migrants seen/heard including Willow Warbler, Lesser and Common Whitethroat, Blackcap, Sedge Warbler and Chiffchaff. Kingfisher was also seen along with all the other regulars. 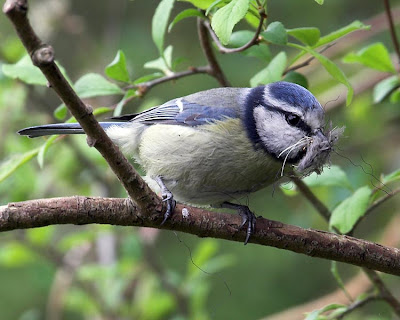 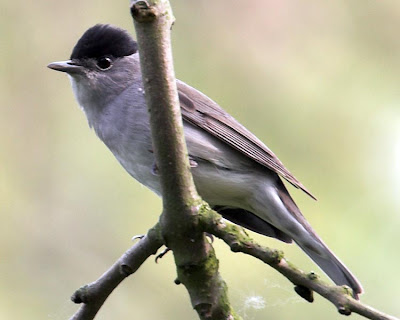 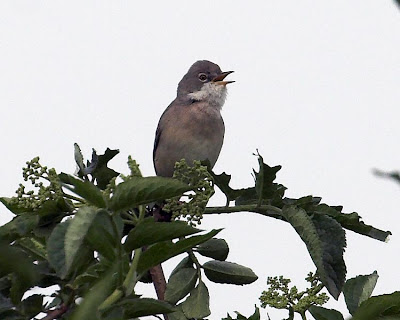 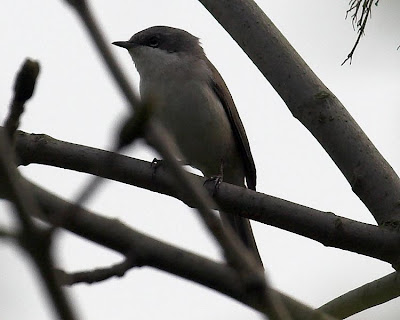