To ensure the ongoing safety of volunteers and staff sessions run by the park have been suspended.

Other council run events including Rivercare and the Great British Spring Clean organised by Keep Britain Tidy have been postponed.
Posted by David at 3/26/2020 07:40:00 am No comments:

Given the latest advice from the government regarding the coronavirus I am cancelling my guided walks at Priory CP until further notice.

Please check back here or contact the ranger for further information as the situation changes.

Why barbed hooks are not allowed when lure fishing.

A couple of weeks ago we had a report of a duck caught on a fishing lure that was caught in a tree on the edge of the main lake. Fortunately between the ranger, myself and the tree surgeon, who happened to be working nearby, we were able to free the duck and recover the lure. In doing so we found that the lure had barbed trebles on it which are not allowed in the park. It was also tied direct to nylon line rather than utilising a wire trace as per the park rules.

I understand that sometimes tackle can be lost when fishing but adhering to the park rules will help to mitigate any issues should this happen. Using some common sense when casting may also help to limit the amount of tackle lost in trees.

As well as potentialy deadly for any animal/bird caught in the line or hooks it is also distressing for park visitors who witness the same. When fishing in the park please make yourself familiar with the rules (see the link above) and locations where fishing is allowed.

The following pictures (kindly provided by Andy Howe who found and reported the issue) may be distressing to some but I include them here in the hope that they will encourage anglers to take more care when fishing in the park and anywhere else for that matter. 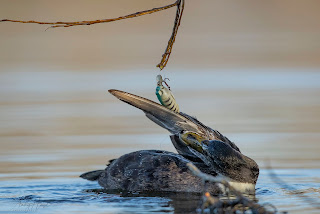 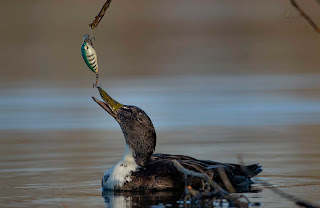 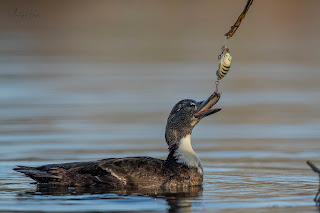